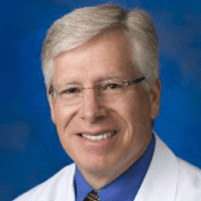 Thanks to increased screening and vaccination, cervical cancer no longer poses the same risk as it once did, only affecting a little more than 13,000 women each year in the United States. If cervical cancer does strike, David Martin, MD, and his team at Knoxville Gynecologic Cancer Specialists offer the latest diagnostic and treatment protocols, helping women in Knoxville, Tennessee, obtain the best possible outcomes. For cervical cancer expertise, call the office or request an appointment using the online scheduling tool.

What is cervical cancer?

As the name implies, cervical cancer is a form of cancer that develops on your cervix, which is the lower part of your uterus that connects to your vagina. Most cases of cervical cancer are caused by HPV or human papillomavirus.

While most sexually active women are exposed to HPV at some point in their lives, unless they’ve been vaccinated, the human body does a great job of eradicating the virus on its own. In some cases, however, a few HPV strains can lead to cell changes on your cervix that lead to abnormal or cancerous cells.

Cervical cancer is typically diagnosed among women between the ages of 35 and 44, but 15% of cases are identified in women over the age of 65, largely due to lack of screening.

How do I screen for cervical cancer?

There are few times when you’re afforded the opportunity to screen successfully for cancer, but cervical cancer is one. A simple Pap test, obtained by a swab during a pelvic exam, determines whether you have abnormal cells on your cervix. While the presence of abnormal cells isn’t uncommon, left untreated, these cells may turn into more dangerous cells that lead to cancer.

The key to this screening is that Dr. Martin is able to identify abnormal cell changes early on and take action to prevent this transition from happening.

As well, there’s a vaccine against many strains of the HPV virus, which is protecting women from an early age from contracting the viral infection.

What are the symptoms of cervical cancer?

In its early stages, there are usually no outward symptoms of cervical cancer. If the disease advances unchecked, you may experience:

Again, these symptoms usually come on only in the later stages of cervical cancer.

How is cervical cancer treated?

If Dr. Martin finds evidence of cervical cancer through an examination and biopsy, he usually recommends that you undergo a hysterectomy to remove your uterus, including your cervix, which he typically performs laparoscopically. Dr. Martin may recommend a radical hysterectomy, during which he also removes part of your vagina, as well as lymph nodes in the area.

As part of this process, Dr. Martin performs a sentinel node biopsy, which is an examination of the node that’s most likely to be the first stop in any spreading of the disease. This critical biopsy allows him to stage your cancer, which will govern how your treatment proceeds.